This appears to be one of the most common failure mechanisms present with both the Boxster and 911 Carrera engine. There are several warning signs. When you first start your car, you may hear a loud rattling noise that goes away after about 10 seconds or so. When you accelerate, you may also hear this noise too. This noise is the sound of the chains or the bearing rattling around in the engine because the bearing has deteriorated the engine is soon on its way to skipping a tooth on the sprocket and costing you thousands of dollars. If you have the car up on a lift, you can listen carefully and you should be able to isolate the noise to the area of the IMS.

Signs of a failing IMS bearing can also be found by inspecting the oil filter. Shiny metallic debris from the balls used within the bearing itself may travel through the oil system and become trapped in the oil filter as well as small bits of black plastic from the seal on the bearing. During a routine clutch job, you can also simply remove the IMS cover and take a closer look at the bearing itself (lock and check the camshafts prior to removing the cover). If the center shaft is wobbly (see video), or the center of the bearing doesn’t spin freely, then it’s probably on its way to failure. Luckily, there are a few solutions available.

First, change your oil every 5,000 miles or sooner and use a higher viscosity motor oil that has additional anti-wear additives. Use Porsche approved 5w40 viscosity motor oils, preferably one that carries an API SJ-SL rating. Also consider using an oil with more anti-wear additives (like Zn, P, or moly extreme). Recent regulatory changes in the United States have caused oil companies to revise their formulations of oil and reduce the amount of anti-wear components in them. The reasoning behind this is the belief that these components contribute to premature deterioration of the catalytic converters. The solution to this problem is to make sure that you run motor oil with the proper anti-wear formulations and change your oil often. 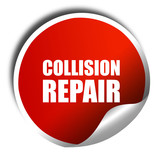